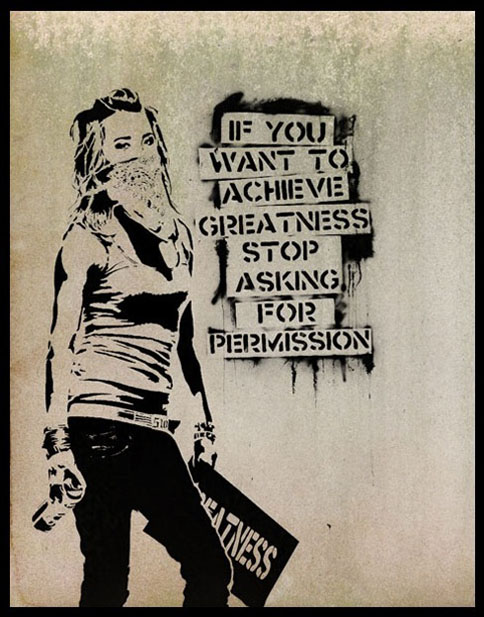 “Anarchy doesn’t mean out of control; it means out of their control.” –Jim Dodge

Governing the precept that egalitarian anarchy has carried us through millions of years of human evolution, it stands to reason that such painstaking trial and error should be taken into greater consideration. The majority of us can agree that power corrupts and absolute power corrupts absolutely, but then the majority of us get hung up on anarchy (probably due to years of negative government propaganda) being the only method that we know of to prevent power from corrupting.

It’s a tricky flavor of cognitive dissonance that most people aren’t even aware of. And the powers-that-be definitely don’t want us to become aware of it, because they want to stay in power, which requires us to remain powerless. They could care less if it corrupts absolutely, as long as it is absolutely theirs. Anarchy flips the tables on power, and that is precisely why the powers-that-be are scared of it. Here are five signs that you may be waking up to these facts, and may already be an anarchist. You consider freedom to be the highest virtue

“The only way to deal with an un-free world is to become so absolutely free that your very existence is an act of rebellion.” –Albert Camus

You prefer dangerous freedom over peaceful slavery. You are not nihilistic or chaotic like the propagandized media with their bipartisan claptrap claim anarchists to be. You are simply free, and refuse to be controlled or ruled over. You are okay with rules, but not rulers. Rules surround us everywhere within the realm of cosmic law, after all. Your self-control is paramount so you can grow and thrive within the interconnected realm of cosmic law.

You realize that the state’s lack of self-control is precisely the reason that it wants to control you. It rules you out of fear. The strength it takes for you to be free is precisely what the state despises and fears. You piss on their contempt. You laugh in the face of their fear. You are free dammit! And no one, whether they are a single authority or the so-called authority of the state, is going to change that. After all, it’s better to be an unsatisfied freeman than a satisfied slave.

As such, you are here to set free as many unfree people as possible. You are here to unshackle the shackled, and unfetter the fettered by being so absolutely free that the state trembles when you walk over it toward a new and rising sun. Through malicious doublespeak the state claims that you are free, but you are onto their lies. You understand that when they say, “You are free as long as we’re in charge and protecting you” that they are just pathetically clinging to their own power, that they want nothing more than to keep you powerless and dependent upon them. But as Simone De Beauvoir said, “A freedom that is interested only in denying freedom must be denied.” Your love of freedom does not end with you. It extends to all the people, and to all the nations of world. You will challenge any person or nation that is interested in denying freedom, because all people should be free, because you understand that everything is connected. Another person’s freedom is your freedom. The more people who are free, the less likely you will end up as a slave.

The more people who are not free, the more likely you’ll end up as a slave. It really is that simple. You disclose the world with the purpose of freedom and further disclosure, and by the same action try to free others from enclosure into disclosure. Deep within, you find the exigency which is common to all men and women: the will to freedom, the will to power, and the will to conquer both so as to make compassionate action manifest.

Thus are you compassionate. Thus are you set to kill the infantile codependence that people have with the state, and to dismantle the false world hanging over them, the canopy built by parochial generations past. Thus are you ready to kick the inert off their too-comfortable couch. Thus your empathy expands to subsume the world. You are the world and the world is you, after all. It can be no other way, lest slave owners rule, lest guilt drown our consciousness and our conscience into suppressed unconsciousness. Like it says in the Bhagavadgita…

“Better to live on beggar’s bread
with those who love alive.
Than taste their blood in rich feasts spread
and guiltily survive.”

Your lifestyle is courage-based as opposed to fear-based

“There are two ways to conquer and enslave a nation. One is by the sword. The other is by debt.” –John Adams

You understand that we are conditioned to live fear-based lifestyles, which makes it easier for the powers-that-be to maintain their power and keep the powerless out of power. In short: it keeps people controlled and easily ruled. The resigned slave lives in an infantile world of ready-made values. But his submission is not enough to justify the tyranny which is imposed upon him.

Thus your genuine compassion compels you to be a courageous example so that others may see the injustice that surrounds them, and perhaps even give them the courage to do something about it. Your courage-based lifestyle is a fiery beacon of hope in a fear-based world. It shines like gold in dark times, and has the potential to be a powerful domino in a world-changing domino effect.

You courage-based lifestyle is founded upon a nature-based perspective of interdependence. You realize that the only way to break the fearful spell the state has over people is to mend the severed link between nature and the human soul. You understand the need to rediscover the self-renewing vitality of nature-based living without reverting to primitive ignorance and savage anxiety. We are creatures married to our technologies, without which we would perish. From shoes to computers, our technology is an aspect of who we are as a whole being attempting to live in accord with a challenging cosmos.

Technology is a knife that cuts, but it also heals. As it stands we need technology to reintroduce ourselves to nature. We need the power of science and philosophy, both of which are human technologies, to build bridges that lead us back to an eco-centric moderation and balance with the greater cosmos. The knife (technology) can continue its cutting until we bleed out as a species and finally die. Or the knife can also become a mechanism for healing that can bring us back into healthy accord with nature. The choice is ours.

You pressure boundaries into becoming horizons

“I knew that I could never again raise my voice against the violence of the oppressed in the ghettos without having first spoken clearly to the greatest purveyor of violence in the world today, my own government.” –Martin Luther King Jr.

You are determined to create a new society within the shell of the old. Within the dying carcass of the state you are strategically planting seeds of unruly anarchy with the hopes that they will one day grow into an egalitarian oasis that cannot be ignored, a healthy garden that will transform the unsustainable old into the sustainable new. But you understand that we first must begin with the state of things as they are now. We must accept the decaying culture as decay, in order to eventually use it as compost for a new way. Like David McRaney wrote, “You can’t improve the things you love if you never allow them to be imperfect.”

So it is you are empowering yourself and others by creatively pushing boundaries, stretching comfort zones, breaking mental paradigms and flattening the boxes people so desperately try to think outside of. You’re shaking things up, and art is your medium. Your creative soul cannot be denied. It radiates like a rising sun in a dark dawn.

Like Anais Nin said, “Creation comes from an overflow, so you have to learn to intake, to imbibe, to nourish yourself and not be afraid of fullness. The fullness is like a tidal wave which then carries you, sweeps you into experience and into creating. Permit yourself to flow and overflow, allow for the rise in temperature, all the expansions and intensifications. Something is always born of excess: great art was born of great terrors, great loneliness, great inhibitions, instabilities, and it always balances them.” You and your artistic anarchy are here to balance things out.

“You don’t become completely free by just avoiding being a slave; you also need to avoid becoming a master.” -Naseem Nicholas Taleb

You’re not creating anarchy, you’re creating art. Anarchy is simply a side-effect of your art. You’re not creating revolution, you’re creating love. Revolution is simply a side-effect of your love. Within the perpetual smoke and mirrors of the state, you strategically seek to preserve the Golden Mean while undermining the greed of state politics. You understand –balls to bones, ovaries to marrow– that “power tends to corrupt and absolute power corrupts absolutely.” And so you are determined to cut down high horses into kindling.

You are determined to melt down pedestals into puddles. As H.L. Mencken wrote, “I believe that any man who takes the liberty of another into his keeping is bound to become a tyrant, and that any man who yields up his liberty, in however slight the measure, is bound to become a slave.” In order not to become a tyrant you even take yourself down a notch when necessary, and in order not to become a slave you are determined not to yield up your liberty nor persuade others to yield up their own.

It has been said, “Give a man a gun and he’ll rob a bank. Give a man a bank and he’ll rob the world.” Well, give a man some courage and he will track down those greedy-ass bankers and hold them accountable. You are resolute with such courage. In fact, it is precisely this type of courage that makes you an anarchist of the first order. You have set the unsustainable human world on alert, anarchy is coming, and it’s going to hurt.

Like Martin Luther King, Jr. said, “Human progress is neither automatic nor inevitable. Every step toward the goal of justice requires sacrifice, suffering, and struggle; the tireless exertions and passionate concern of dedicated individuals.” Indeed, the wisdom gained from anarchy is precisely the ability to distinguish between sacrifice that is transformative and healthy from mere suffering caused by the state that we’ve allowed because we were too cowardly or too unimaginative to think of a healthier way to live. 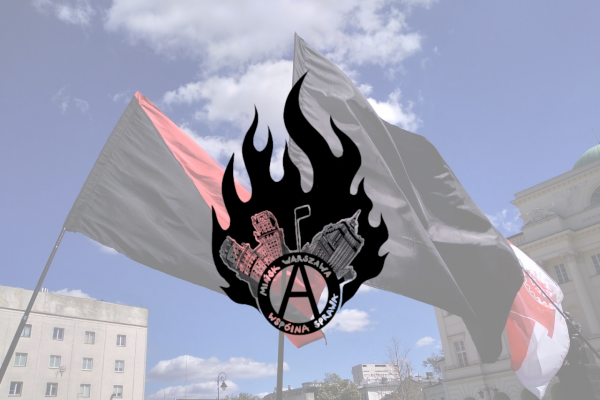 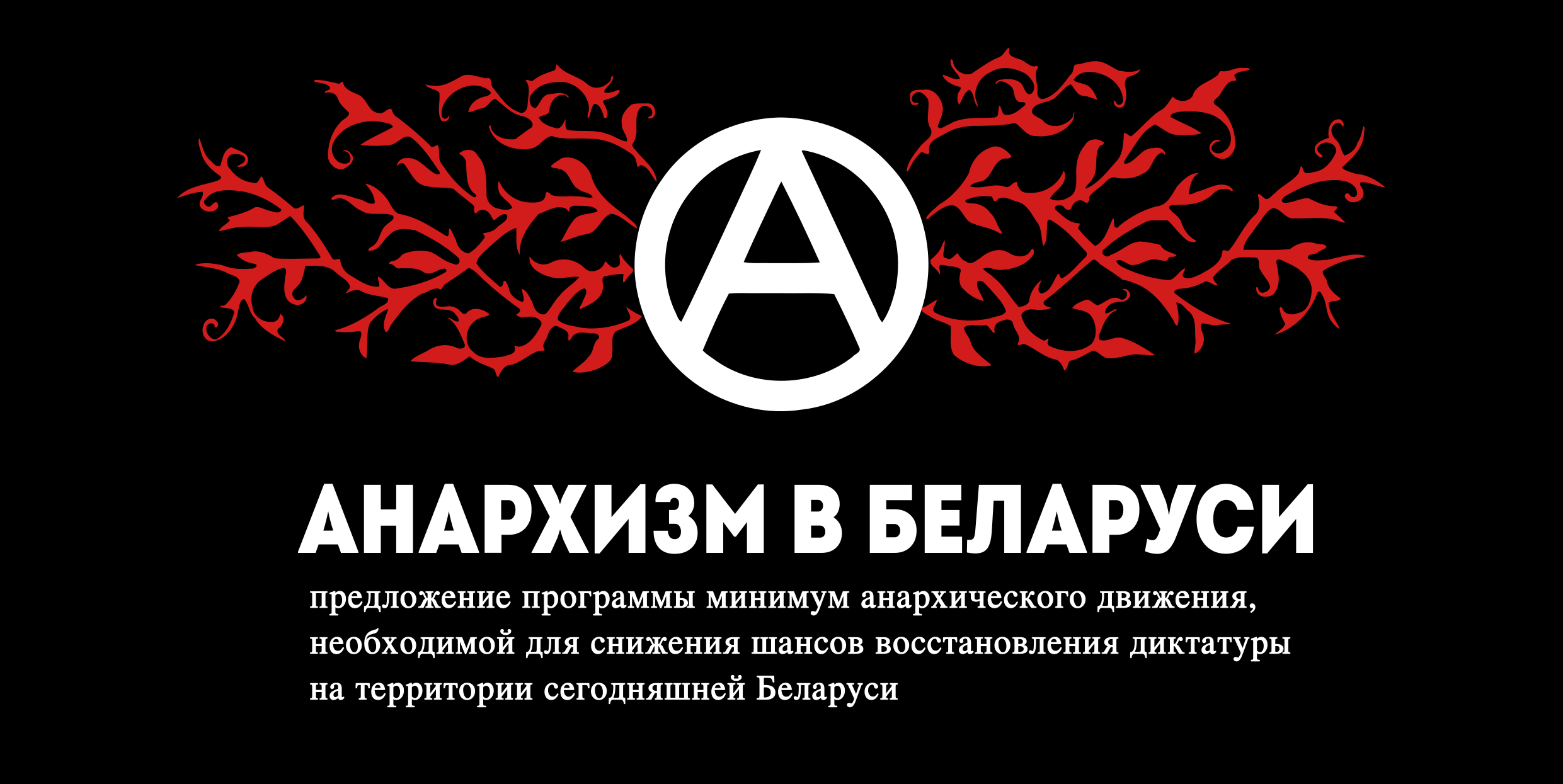 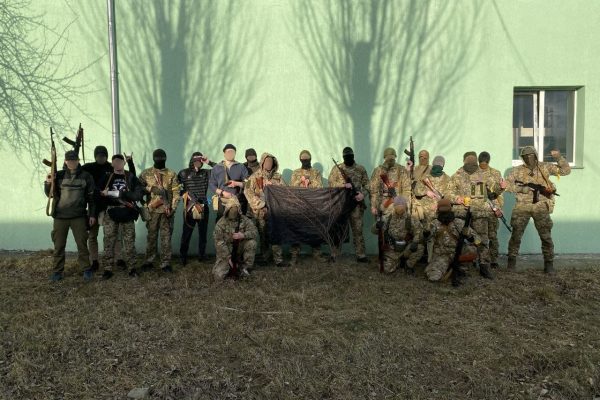 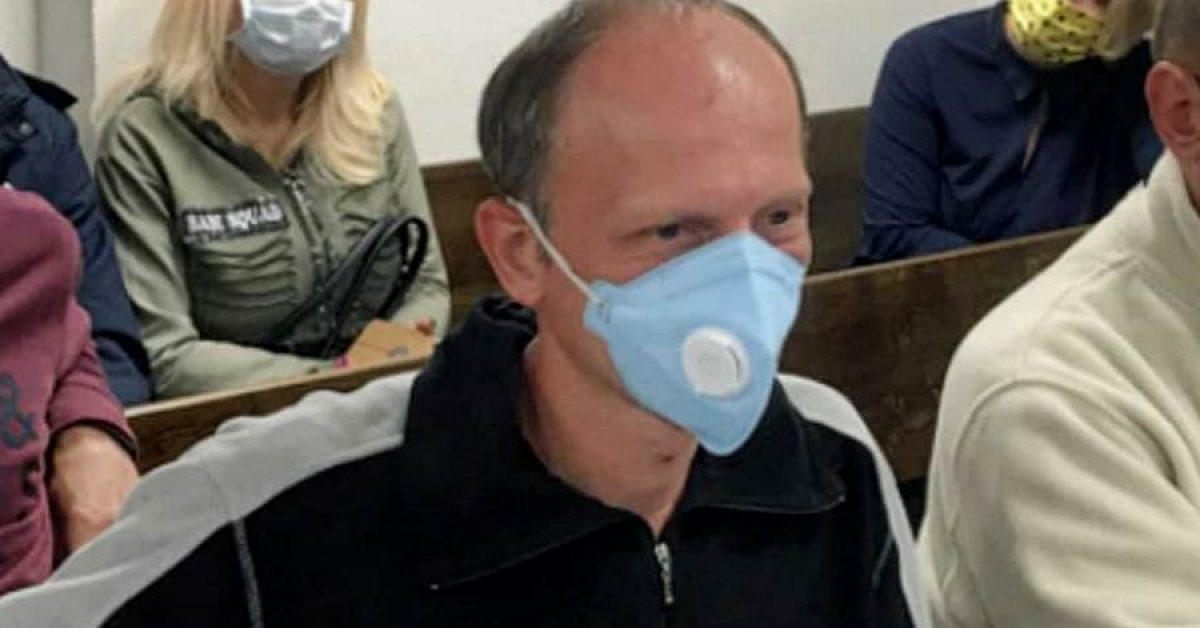