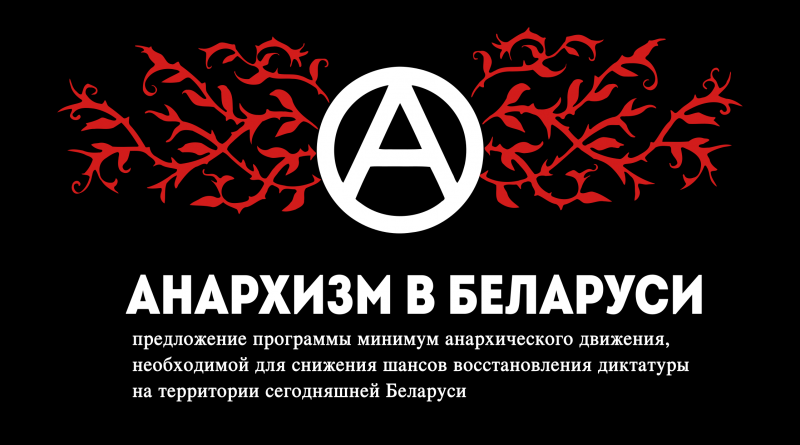 Throughout the Soviet and Lukashenko propaganda, many may think that anarchists in Belarus are barricades and clashes with OMON. But anarchism is much more than that. Somewhere behind the scenes, there is an idea that people can live with dignity and without a dictator and Bolsheviks.

Anarchists in Belarus pointed out even before the protests started that getting rid of Lukashenko was just the first step in the struggle for people’s freedom. The regime was not built in a single day and its destruction would require people’s will. All bureaucrats and officials who supported this regime would have to leave. And their posts and positions will have to be dismantled so that no one can recreate the dictatorship.

We understand that today’s revolution, despite its self-organization and huge collective energy, is still not anti-authoritarian. And we do not see it as a relevant and appropriate solution to declare an anarchist program. But even under such conditions, we consider it necessary to declare a minimum program, which is necessary to avoid the formation of another authoritarian regime. We have been ruled by strong rulers for over a hundred years. It’s time to show that people can do better!

Let us repeat – the anarchist program is much more radical from the one presented below, but we have tried to set realistic requirements, taking into account the context of the uprising, and set the vector of self-organization and grassroots self-governance to political and social transformations.