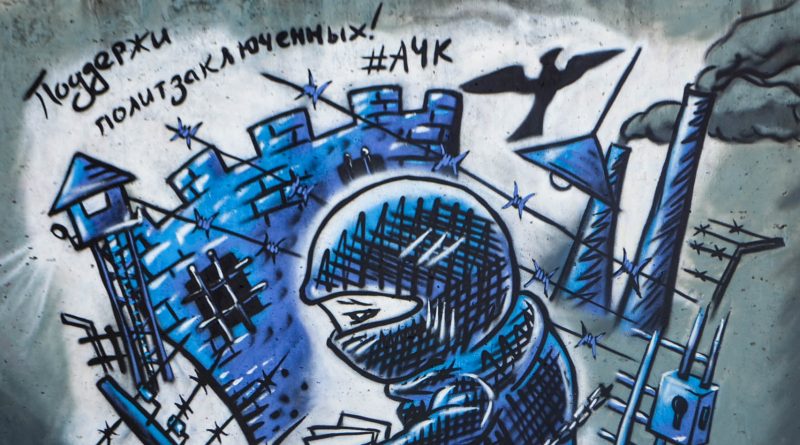 It’s been more than a year since the beginning of the protests in Belarus caused by falsified elections. A lot of our comrades have been put behind bars, many had to flee the country, public activity is hampered not only for anarchists, but for all dissident associations and groups. Below you will see a short update on the situation with the repressions in Belarus with a focus on anarchists and antifascists. We will try to release these updates at the end of each month.

Repression against anarchists and antifascists

Four more anarchists are arrested on criminal charges for participation in the protests in August-September last year. Aleksandr Belov and Evgeny Rubashko were detained on 29 July and put into custody in the next 10 days. They were beaten to extort confession and passwords to their devices. Evgeny’s flatmate was arrested for 14 days for obstruction and later deported from Belarus with a 7-year entry ban.

Two anarchists with the same name — Artiom Solovey — were detained on August 4. Both were later charged with gross violation of public order during protests.

On August 4 and 11 police searched over 10 flats and detained 9 activists who were arrested for obstruction and spent detention 10-15 days. One of them, Ilya Senko was rearrested for 15 more days for refusing to testify against himself. His place was searched twice this month. On September 3 he was released.

Antifascist from Brest Denis Zhuk was convicted to four years in prison for participation in mass riots.

Anarchists get pressured in jail, too. Mikita Yemelyanau and Artiom Solovey were put in a punishment cell for 7 days. Antifacist Igor Bancer has spent 30 days already in administrative segregation. All of them have a special badge saying they are prone to extremism, therefore more attention from the guards. Antifascists Timur and Tamaz Pipiyas reported total absense of letters after the verdict.

Anarchist partisans Ihar Alinevich, Dzmitry Dubouski, Dzmitry Rezanovich, Sergey Romanov were presented with final charges and started looking through the case files. The charges are unknown because of the non-disclosure statement of the lawyers. The trial is expected in a few months.

ABC-Belarus supports anarchists and antifascists who suffer from the persecution. You can donate using transfer details on this page https://abc-belarus.org/?page_id=8661&lang=en

In August, the state finalised the repressed against independent media, human rights defenders, and NGOs. Now all NGOs are closed down or are in the process of it.

Our list of incarcerated and persecuted protesters amounts to over 1000 people. The biggest scandal now is Belarusian authorities bringing Iraqi and other migrants to the country and supporting them in crossing European borders, this is why Lithuania, Latvia and Poland started building a wire fence along the border. Some migrants are stuck in the neutral zone, with Belarusian and European border guards not letting them enter either side.

Torture is reported to be used in temporary detention centres where administratively arrested are held – people don’t receive any sheets or mattresses, are deprived of sleep and poisoned with chlorine that is put on the floor. They don’t receive any food parcels from the outside.

People who are sent to serve their sentence report bad treatment and punishments. Lawyers can’t get to see their clients for weeks, relatives are worried. When convicts try to appeal, their sentences sometime become harsher.

The trials of important and ‘dangerous to the regime’ politicians are closed for public. Several political prisoners were set free this month after signing the petition for pardon.

People who work for state enterprises report massive dismissals of those who participated in protests in any way. Families with protest history are subject to child control inspections.

136 people were convicted on political charges in August alone.

What happens with the protest?

In general, most people are now afraid to go on street protests, so mostly the activity is limited to smaller symbolic actions in the neighbourhoods. At the same time, a lot of work is dedicated to international pressure on the regime, like cancelling sports events, banning Belarus from the Eurovision, putting pressure on businesses to not cooperate with the regime. Special teams are working on collaboration with state workers from different institutions who desire change, or trying to unite all workers and have them prepared for a national strike.

The opposition announced a Plan of Victory that involves people who don’t support the regime to register as protesters ready to act and provide the details about their occupation, etc. The initiators hope to get a pool of people from all spheres of life to later form affinity-groups from them based on common workplaces or skills.

A group called CyberPartisans claimed a few hacker’s attacks on official’s emails and websites and servers of governmental agencies. They leaked personal information of cops and KGB agents, videorecordings from detention centers, etc.

ABC-Belarus supports anarchists and antifascists who suffer from the persecution. You can donate using transfer details on this page https://abc-belarus.org/?page_id=8661&lang=en 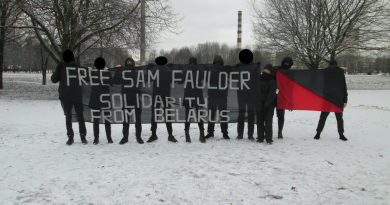 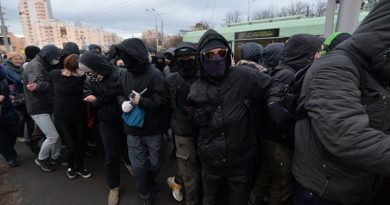 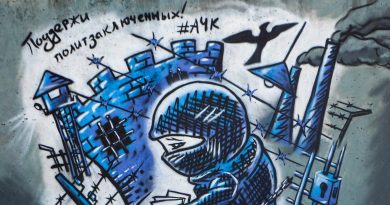 Repression in Belarus in August 2021